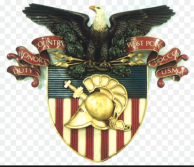 The Superintendent of West Point just swore in the First Woman Commandant of Cadets. Brigadier General Diana Holland will be responsible for training the elite cadets who are usually first in line for promotions into the higher ranks of the Army. A graduate of West Point (and Holland is one) usually holds this position, but Holland’s path there might have been a bit unique. When Holland was eight years old when she told her father she wanted to go into the military. The academies were only beginning to admit women, but her father told her to set her sites on West Point so she would have a leg up on her career. Holland, who has served in Germany, Iraq and Afghanistan, previously returned to West Point as an instructor in history.

Her appointment follows on the heels of Defense Secretary Ashton Carter‘s announcement that in the future women are entitled to fill any role in the military for which they qualify. Holland’s appointment was underway when this occurs so the juxtaposition may be accidental, but its significance is reinforced by the timing of the two events.

The Superintendent of the Academy recognized other women in the audience, in particular two other First Women. Captain Kristen Griest and First Lieutenant Shaye Haver, who completed the Army’s strenuous Ranger training last year, are also graduates of West Point.