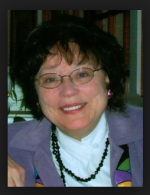 Arlene Violet was always a fighter so it was probably not surprising when she became The First Woman To. . .be elected Attorney General of Rhode Island. In fact, she was The First Woman To. . .be Attorney General in any of the United States. During her time in office she was honored by the U.S. Justice Department as the Law Enforcement Professional of the Year. Every Rhode Island police officer received a copy of a manual she wrote that then became a model for other states’ attorneys general.

Arlene Violet’s detractors called her “Attila the Nun” because of her earlier membership in a religious order. Even while a nun she protested the Vietnam War and led grape and lettuce boycotts, the hot issues of the day. For her work she was soundly criticized, much as the nuns of today in the United States who are being investigated by the Catholic Church for caring for homosexuals and pregnant women without forcing church doctrine on them. (See Time magazine for an editorial on this current event.)

When she was president of a daycare center, the local Catholic bishop locked the organization out of their building. Committed to the poor and oppressed, she risked excommunication to sue the bishop. After 23 years as a nun, she decided she could do more benefit to society as a lawyer. She practiced consumer, environmental, and developmental disability law.

Her legal endeavors earned her a place, along with Hilary Clinton, Sandra Day O’Connor and Ruth Bader Ginsberg, in the book The 50 Most Influential Women in American Law. She has written her own books: Convictions: My Journey and The Mob and Me with John Partington.

A true Renaissance woman, she had a talk radio show that placed her in the top 100 talk show hosts, wrote a musical, appeared on national television (including Sixty Minutes, Larry King Live, and Crossfire), and has a newspaper column that routinely points out the misdeeds of those in office. She teaches environmental law at Brown University and the Rhode Island School of Design. She has judged the Miss American Pageant and, coming full circle, appeared in the off-Broadway musical Nunsense.